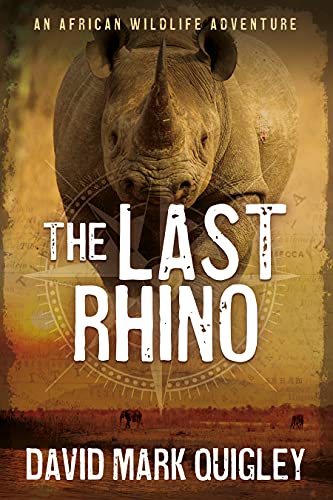 Thirsty with greed for the spoils that the illicit rhino-horn trade bled into his pockets, a mysterious African poaching kingpin always managed to evade both detection and capture. Until he decided to turn his devastation on Tony Campbell’s beloved Zimbabwe, and put a ticking target on his back.

Ruthless anti-poaching maverick Tony Campbell is well established and respected in the world of wildlife conservation. He is just about to take on a new anti-poaching role when multiple black rhino carcasses are found, brutally butchered for their valuable horn.

What started out as a routine relocation exercise turns into a frantic military-run mission that will either save the last of the Zambezi rhinos or seal their fate forever.

As the soft underbelly of the nefarious poaching world is stripped away by a series of seemingly unrelated events, Campbell will have to risk it all to lure the kingpin into a trap.

And he’ll have to decide just what price he’s willing to pay to uncover and stop the senseless killings.

With your purchase of any of my books you are seamlessly donating to a worthy cause, as a portion of all proceeds for my books goes to Wildlife Preservation. Thank you for your part in protecting wildlife! Click here to find out more about the Quigley Wildlife Foundation
Return to books